I've blogged many times about the crisis at the Co-op Bank in 2013-14 and attempts to plug their £3.6 billion funding gap by scalping bond and preference shareholders.  This was blocked by Mark Taber and the 3 US hedge funds with a controlling stake in the bank. 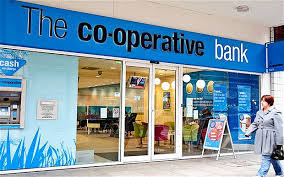 Aurelius Capital Management, Beach Point Capital Management, Silver Point Capital effectively owned the Co-op Bank, with their 80% stake, and sought to change the way it worked.  The bank offloaded non-core assets, cut stuff numbers by 21%, closed 62 branches, embarked on a membership drive and fundraising campaign.  Remaining branches have had a face lift and no doubt they are being dragged into the modern world with new computer systems.

One of the components of the drive for new customers was the assurance of their ethical standpoint, one of the major selling points throughout the Co-op Bank's history. 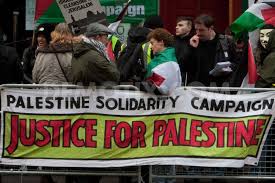 Now we discover that this 'ethical policy' includes closing accounts of humanitarian NGOs with no explanation to account holders.  Cuba Solidarity Campaign, Palestine Solidarity Campaign, Friends of Al-Aqsa accounts and others have been closed.  Co-op spokespeople have released statements to the media about 'risk management' and organisations not meeting their standards for due diligence and sending money to certain countries.  None of this was discussed with the organisations concerned, nor negotiations on how they might reach this vague 'standard'.  Presumably the bank is referring to UK money laundering regulations (which seem to be regularly forgotten when high net worth individuals from overseas suddenly want to buy UK property.)

'Such vulture funds are as far from the ideals of the Co-operative Group’s founding fathers as could be imagined.  Where those Rochdale cobblers and cabinetmakers joined together 170 years ago for social equity through mutual ownership of their enterprises, the likes of Aurelius and Silver Point aggressively aim to enrich the few at the expense of the many.'


Various groups plan to take legal action against the bank using equality legislation.  There is no guarantee that they will succeed, given Lloyds Bank's recent success in claiming immunity from prosecution over a prospectus, by arguing that customers 'should have known what they meant to write'.

People seem surprised at the actions of Co-op Bank.  I am not. 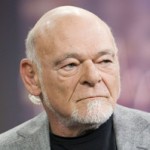 Aurelius Capital Management is run by Mark Brodsky, a lawyer formerly employed by Elliott Associates (one of the companies owned by Paul Singer, the notoriously aggressive vulture capitalist).  Aurelius CM (together with Elliott Associates) is attempting to force the government of Argentina to pay $1.3bn following the Argentinian debt default.  Elliott was behind the firm that bought Comet and quietly moved capital offshore before leaving it to fail (and the UK taxpayer to pick up the bill for redundancies).  Paul Singer is openly acknowledged to be pro-Zionist.

'Journalist Greg Palast said their tactics resembled “negotiating while holding the pin of the grenade”.'

The aspect of this that surprises me is the wailing by liberal left-wingers in this country.  They seem astonished by the change in the Co-op bank, but unwilling to move their accounts.  If you keep your money with vulture capitalists, then you support and endorse their activities.  Happily Oxford University students still seem to have their brains switched on after the closure of their PSC account.