Using the law for political ends 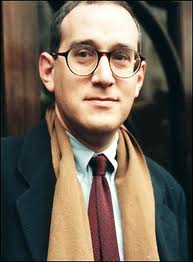 In ordinary language, that's one of the conclusions from the tribunal hearing of Zionists versus the University teachers' union:

(This is the continuing saga reported in an earlier post).


A blistering rejection of pro-Israel activist Ronnie Fraser's case against the academic union, UCU, was published on Seder night by a London employment tribunal.
In a 49-page ruling, the Employment Judge, AM Snelson, sitting with Mr A Grant and Lady Sedley, rejected Mr Fraser's claims of unlawful harassment by the UCU, and dismissed the entire proceedings.
The reserved judgment was issued in respect of nearly three weeks of hearings which took place in October and November last year. In a stern rebuke in the conclusion of the judgment, Judge Snelson wrote: "Lessons should be learned from this sorry saga. We greatly regret that the case was ever brought. At heart, it represents an impermissible attempt to achieve a political end by litigious means...What makes this litigation doubly regrettable is its gargantuan scale."
The judge rebuked the litigants, saying "the Employment Tribunals are a hard-pressed public service and it is not right that their limited resources should be squandered as they have been."
Although the tribunal said that Mr Fraser had impressed them "as a sincere witness" with "nothing synthetic about his displays of emotion", there were harsh words for several others who gave evidence during the hearing, particularly the chief executive of the Jewish Leadership Council, Jeremy Newmark, whose testimony was rejected as untrue.
Two MPs - one has since resigned from Parliament - were also criticised for giving "glib evidence, appearing supremely confident of the rightness of their positions... Both parliamentarians clearly enjoyed making speeches. Neither seemed at ease with the idea of being required to answer a question not to his liking."
Posted by Suzanne Looms at 07:33