Where's Aaron Sorkin when you need him?

One of the plot lines of the late lamented tv show, The West Wing, was about President Barlet's hidden health problem.  It emerged that Josiah Barlet had been diagnosed with relapsing, remitting Multiple Sclerosis.  The fear was that people would lose confidence in a man, who might suddenly have an attack mid term.  His wife, Dr Abbey, was monitoring and treating him on the quiet. 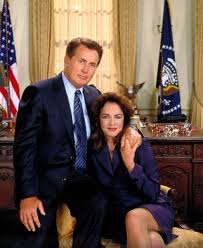 The West wing finished in 2006.  Sadly this was too late for Dr Terry Wahls.  She was dealing with her own decline into MS, from which she has emerged in healthy condition, with symptoms under control through improved diet. 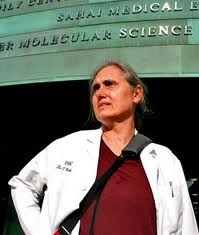 I could imagine a revolutionary script showing the Bartlets getting good advice from Dr Wahls.  This would cause uproar in the grain states and amongst processed food manufacturers.  Maybe they'd learn how to make kale chips ....

Now THAT would make a great sequel.